What is Autism? - The official summary

Autism is typically thought of as a lifelong developmental disability that appears during early childhood and refers to a broad range conditions and characteristics. The commonly observed symptoms of ASD include weaknesses in a person’s social skills, communication, relationships, and self-regulation.

Children with autism usually have difficulty relating to people and understanding the world around them. They tend to have repetitive behaviours and restricted interests. Some children with autism may experience unusual sensory perceptions, such as hypersensitivity to certain sounds, textures, tastes, smells, and sights.

There are different types of autism spectrum disorders (ASDs), including;

• Asperger syndrome – A mild form of ASD characterised by difficulties with social interaction but not by restricted interests, behaviours, or activities.

• Autistic disorder – A more severe form of ASD characterised by significant impairment in social interaction and communication, as well as restrictive and/or repetitive behaviours and interests.

A report in 2020 from the Centers for Disease Control (CDC) in the USA concluded that the rate of ASD diagnosis is 1 in every 54 children. This rate has grown quite quickly from the reported 1 in 125 from 2004.

What is Autism? - From another angle

We parents have a variety of views on autism. When we break it down, autism is a term used to categorise a child based on traits and behaviours, just like someone who can perform sport at a high level is called 'athletic'. Autism is not a diagnosis in the same order as a diagnosis of cancer, for example, which involves diagnostic pathology and imaging. The diagnosis of Autism uses no such tools.

Although we are told by psychologists that our child has a permanent developmental disorder whereby their brain is wired differently, there are no diagnostics done to confirm that assumption. The logic used by the psychologists flows something like this.

Unfortunately, assumptions can get in the way of the truth. We parents don't want to risk going down the wrong path as a result of assumptions that may not be true.

Autism can be used as a term to help us explain to others and get extra assistance where needed. Without the term 'autism' it would be difficult when explaining the challenges of our child to others. We would spend a few minutes describing our child, in which time, the average modern person in the smartphone generation would switch off and start scrolling through their social network feed.

In reality, our kids are not autistic. They may be simply having some challenges with certain parts of their development. In many cases, the differences aren't challenges, they are just differences and in some cases enhancements!

When we are looking to help our children develop into the person they have been born to be, we need to assist them in overcoming their individual challenges, keeping in mind that some diagnosed symptoms of Autism should not be considered to be a problem. People are meant to be individuals.

The help our children, we need to be open to a wider range of strategies. The remainder of this post will cover some key aspects of Autism, but from an alternative point of view.

Signs that need to be addressed first include those that negatively impact people's life. Some of these include:

In the list above, I have intentionally not mentioned those signs of autism that involve things such as different interests and the way children play. I believe variation in interests and some behaviours can be positive, whereas those making a diagnosis see them as a negative because they differentiate the child from a 'normal' child.

I have added poor social skills to the list above because sometimes there needs to be a focus on helping children socially as they come out of the autism fog to enhance their life. Children that have been overwhelmed with the symptoms of autism may not have had the opportunity to develop social skills and connection in the normal timeline. Therefore, they may want and need additional support in this area.

In my view, the signs of autism above all have a common influencing factor of poor gut and mitochondria health. Issues with gut and mitochondria result in increased inflammation, as confirmed in studies comparing kids on the spectrum with neurotypical children. Studies comparing children on the spectrum to neurotypical children regularly show autistic children have increases in inflammation and oxidative stress. The increases in inflammation tend to be found in the nervous system and the brain, which I believe is a major factor in the signs of Autism above.

Based on the evidence of increases in nervous system inflammation in groups of children with ASD, it makes sense to improve their health and implement strategies to reduce inflammation. As many parents and doctors can attest to, strategies addressing inflammation, gut health and mitochondria health can have amazing results.

Autism is a spectrum of disorders with a spectrum of possible causes. Due to it's complexity, the common path for intervention with autism doesn't spend much time on uncovering the cause of autism. The diagnosis is made, permanent brain development issue from birth is assumed and potentially contributing factors are not explored any further.

As described above, an often overlooked cause of autism may be gut and mitochondria health issues and the resultant inflammation and impaired energy production. If we had access to an unlimited supply of information for each child, we would probably find many contributing factors rather than a single cause. If you are able to find and afford a skilled integrative medicine practitioner, you would likely uncover many of these factors.

What are some of the best natural treatments for Autism?

There is a well established treatment pathway for autism that involves early intervention therapies. These therapies are important and can significant help children on the spectrum. These therapies including psychology, speech pathology and occupational therapy will be the backbone of your child's treatment plan. You are probably already utilising these therapies, so I won't go into much detail on those treatments in this post. The purpose of this post is to offer some additional approaches and understanding.

The health and lifestyle changes that I mention here are not to be considered medical advice and are my opinion only. You should seek advice from a qualified health professional able to provide specific advice The ideas below are general only.

Consider start with changes to the diet that remove potentially inflammatory foods. Consider implementing an elimination diet protocol that works for you. You can find many good options from simple internet searches and books. Elimination diets remove likely foods that are causing inflammation, then reintroduce them one-by-one and monitor symptoms.

Our son had noticeable improvements in his wellbeing and symptoms quite quickly from eliminating milk and gluten. This gave us incredible hope and motivation to continue. We knew that we were on the right track.

Increase the amount of vegetables in the diet while reducing processed foods. Focus on nutrient dense foods.

Our default these days is to make sure we are filling our kids up with food. We believe that we need to provide enough energy for our children to grow and thrive, so we want to fill them up. I urge you to stop thinking like that! Please focus on quality food. That's where health comes from.

If you are ready for some fine-tuning and potential supplements, that's where you should seek help from a good integrative health practitioner who can run diagnostic tests and specific advice.

For more details on alternative strategies to help your child with Autism, please visit this post.  There are many additional strategies and therapies that can be very helpful that you may not have explored yet, such as those to help with noise sensitivities and primitive reflexes.

Research into redox molecules that mitochondria make and use to communicate and influence gene expressions is probably the most exciting field of research in the health industry at the moment. Now that there is a commercially available product that contains stable redox molecules for mitochondria, more and more parents of children with autism are telling their stories of positive outcomes using these molecules.

It's well worth your time to watch the video below from the Autism One conference from a scientist involved with stabilising these molecules.

We are a family of 5 doing our best to support families affected by Autism.  Please support us while supporting yourself and your family.  ASEA is the most revolutionary health supplement to support cellular function on a fundamental level.  ASEA REDOX is the first and only supplement on the market that contains active redox signaling molecules, powerful cellular messengers that help protect, rejuvenate, and restore cells.
​​​​​​​
ASEA has developed a unique breakthrough product technology that has been scientifically tested and shown to signal the activation of genetic pathways or affect genes that:
- Improve immune system health
- Help maintain a healthy inflammatory response
- Help maintain cardiovascular health and support arterial elasticity
- Improve gut health and digestive enzyme production
- Modulate hormone balance to support vitality and wellness
​​​​​​​ 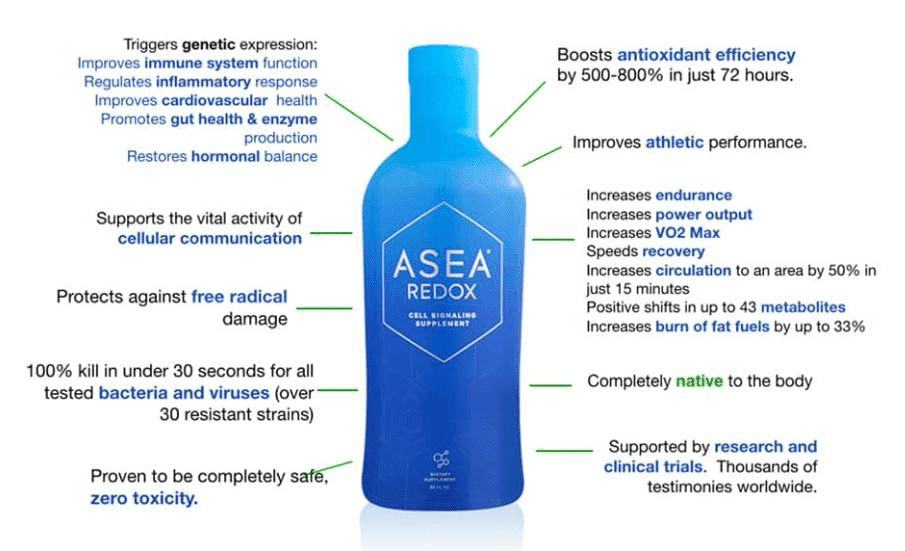