I recommend that you address diet first, but if you don't want the read the whole blog, you can go straight to the recommended probiotics for Autism by clicking here.

Should my Autistic Child take Probiotics?

What if I told you to stop taking probiotics for now?  Before you stop reading and conclude that I'm crazy, hear me out.  You're probably wasting your money if you're taking probiotics as the first step. More effort needs to be put into providing an environment for good bacteria and yeast to thrive.

Many of us are aware of the importance of gut health, particularly when it comes to improving the lives of children with Autism Spectrum Disorder (ASD). Gut health is essential, as described in our previous post. Still, it's also important to consider what is the best approach for you and your family.
Most people dipping their toes into the area of gut health start with probiotics.  It is worthwhile to consider probiotics in children with Autism Spectrum Disorder as a way to improve gut microbiotia.  There are, however, other considerations when addressing gut health.  Although we would love the solution to improving gut health to be a supplement or tablet, probiotics need a healthy gut environment to thrive.  Quality food needs to be your first choice.
There are many positive effects on the immune system and the body by adding new strains of beneficial bacteria, but you may not be getting good value for money if you start with probiotics before addressing fibres and prebiotics.

Should I start with probiotics for children with Autism Spectrum Disorders?

Probiotics are alive or spore based microorganisms often taken as a supplement and referred to as good bacteria.  They are often taken to boost the immune system, aid digestion and improve gastrointestinal problems.

Probiotics are thought to be the third most commonly used dietary supplement, sitting behind vitamin and mineral supplements.

Many parents wanting to promote health in their children will provide probiotics before they increase the amount of high-quality fibre, low fructose vegetables and fruits.  The choice of a probiotic is often made without much research, and parents usually simply choose yoghurt, Yakult or a less effective probiotic.

Just because there are studies suggesting links between Autism Spectrum Disorder and gut bacteria, doesn't mean the solution is probiotics. A study may link certain strains of microbes with a reduction of Autistic behaviours. Still, we need to think about how to get these strains to thrive in the gastrointestinal tract.

Just as in the human world, dominant individuals wanting to maintain their dominance will greedily take whatever they can for themselves.  They manipulate the environment to suit themselves.  In the gut, certain microbes will attempt to do the same.  We can, however, influence the environment to strengthen the community and weaken the dominant microbes.
Our digestive system has over 100 trillion micro-organisms at any given time.  Consider that supplements with 65 billion bacteria cells are a drop in the ocean compared to 100 trillion micro-organisms already there. There are steps you should take first to give this 65 Billion a fighting chance to colonise in the colon. Many probiotics have a transient effect, and won't colonise, particularly if the environment is overrun with pathogenic microbes. If the population of bacteria don't want the probiotic to be there, colonisation is less likely.  They may have small effects as they pass through, however.

We often only think of bacteria in the colon, but we have bacteria all throughout our digestive tract. Each tooth can have between 1000 (very clean mouth) and 1 billion bacteria on it.  The stomach and small intestine contain bacteria, but hopefully in small amounts due to the acidity.
The colon is home to the majority of digestive system bacteria. It contains about 100 trillion bacteria cells. The bacteria composition can vary widely across the population of people. If the balance is off, the symptoms can manifest in various ways (more details in our previous post).

If you, like most people, have an imbalance in the microbes in the colon, it's because there's a particular group of bacteria and yeasts that are in higher than wanted numbers. There are still 100's of billions of wanted microbes, but there happen to be far too many unwanted microbes and not enough of the good guys. Many of the bacteria strains in the probiotics are already in the colon. There are probably more already in the gut than in the probiotic, but they can't create balance. Adding more via a tablet or supplement will have little effect, and may not be value for money initially.
The reason the probiotic strains can't create balance is that the environment in the colon suits the unwanted microbes. Probiotics won't help until the environment the bacteria live in improves.

The reason balanced diversity isn't achieved is that the environment in the colon suits the unwanted microbes. Too often, kids with Autism, eat a narrow range of foods. They don't tend to eat many foods that are fibre rich with natural colours and promote a healthy environment for gut microbes. The bad guys have an abundance of their preferred food supply, which is usually sugars.

There isn't enough fibre and prebiotic foods that the good gut microbes need.

If we provide children with probiotics for any reason, we need to take into account the whole digestive system. Yakult, for example, which is a favourite probiotic drink for kids, contains 65 billion bacteria. When you consider there are already a few billion bacteria in the mouth, and 100 trillion in the gut, they're somewhat outnumbered. They then have to survive the acidic environment of the stomach. If they eventually reach the colon, they compete for food with the other existing bacteria residing in the colon.
For new strains of gut bacteria to colonise, they need to find a home on the colon mucosa, where they can set up a base to grow their numbers. If they can't do that, they continue through the colon and exit.
65 Billion is a drop in the ocean. Before dropping in some more bacteria to add diversity, we need to set up the environment, so that the new bacteria stands a chance of colonising.

Two main factors limit new probiotic strains' ability to colonise in most peoples' colons.
Some people do report side effects of using probiotics such as abdominal pain, gas bloating, overstimulated immune system, constipation and the triggering of allergies. The reason why the side effects of using probiotics are reported may be that the environment of the gut hasn't been addressed first.

Quality foods are more effective and cheaper than probiotics.

The role of quality foods and prebiotics must be considered. A diverse and balanced gut needs an abundance of varied and balanced food for the microbes that live there. The focus for gut healing (and related health issues), should be to provide an environment for the good microbes to thrive. The intestinal environment shouldn't provide food for individual microbes, but rather a more complex diet with various nutrients and fibres that require a community of microbes working together to digest. For example, sugar can be consumed by the dominant strain without the need for help from the community. The predominant strain can then become more dominant.

One thing that can make your quest for a healthy family diet very difficult is picky eaters (more in this post). There seems to be a lot more fussy eaters these days, which makes it very difficult for parents. I argue that poor gut health contributes to fussy eaters because microbes have a big vote on what cravings we have and what food to choose. I explained this further in the Sugar Cravings and Autism post.

Of course, food allergies can also get in the way of a healthy diet. It's possible that improving gut health and eliminating leaky gut can reduce food sensitivities, however, it does make your quest for a healthy lifestyle difficult.

A good, high quality probiotic may benefit children with developmental disorders, due to its positive effects on the immune system and digestive health as they pass through the body. Probiotics also may contribute added diversity and support to the good microorganisms that have already been colonised in the gut. As discussed above, probiotics alone won't have significant long term positive effects unless the diet and environment in the colon are addressed.

It is my view that before spending money on probiotics, some steps need to be taken to reduce unwanted bacteria and yeast. Work also needs to be done to create good eating habits.

Probiotics and the brain

More and more disorders are related to poor gut health. These disorders don't just manifest gastrointestinal symptoms, but may contribute to the overall collection of autism symptoms. Gut disbiosis may affect many areas of the body, including the brain.

A healthy gut microbiome can help keep our brains functioning properly. It not only helps us absorb nutrients better, that supports brain health, a healthy gut can reduce toxins entering the body. Leaky gut is a condition allowing particles to pass into the bloodstream that shouldn't. Scientists that study this phenomenon often find that people with a leaky gut often also have a leaky brain barrier.

We still need more clinical trials looking at the effects of probiotics, however, multiple clinical studies have shown promising results for adding diversity using probiotics. Studies show that probiotics may improve aspects of brain function such as social behaviour and mental disorders such as depression and anxiety. Probiotics have been shown to influence several neurotransmitters such as gamma-aminobutyric acid (GABA) and serotonin.

Which is the best Autism probiotic?

If there was a prize for the most researched Autism probiotic strain, it would be Lactobacillus Reuteri. L. Reuteri is commonly found in probiotics targeting autism treatment, due to studies indicating its positive effects on social interactions.

Floratrex is the probiotic that I recommend for L. Reuteri, however I recommend starting with a more cost effective probiotic that helps set up a beneficiial environment for more expensive probiotics to follow.  The one I recomend for this purpose is Latero-Flora.  Latero-Flora is a lower price than most of the popular probiotics found in common pharmacies, and health food shops, however it is more effective at reducing pathegenic microbes and improving digestion and immunity.

When you are ready, Floretex is a good option for further improvements in the gut.  It has 25 high-quality strains, including L. Reuteri, aimed at balancing the gut and reducing the less desired bacteria and yeasts.  You can find out more about Floratrex by clicking on the link below. 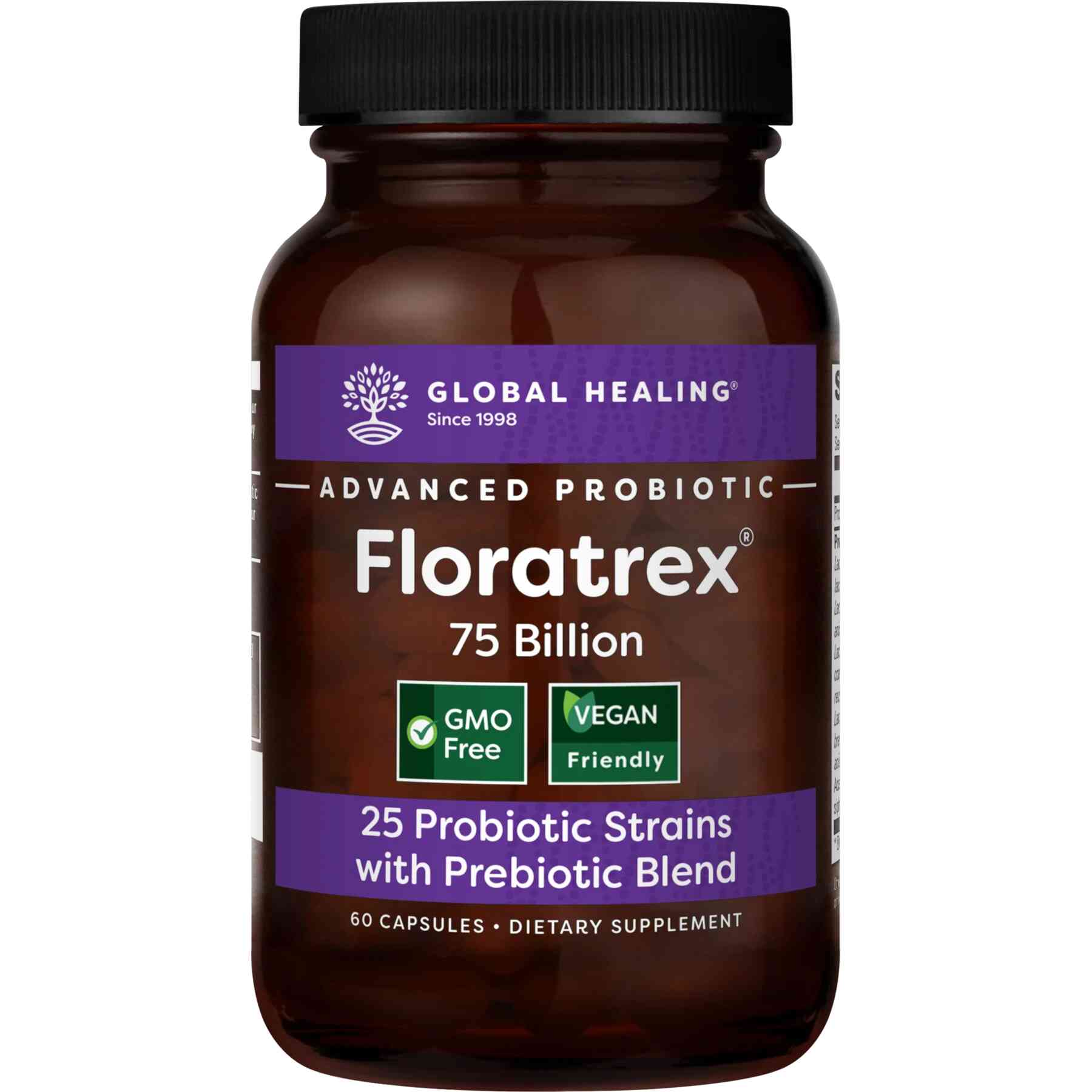 Another probiotic strain I like is Lactobacillus Helveticus for its health benefits. It has been shown to improve anxiety, depression, sleep and social behaviours.

Although it's likely that your child with ASD has a less diverse range of gut microbes, remember, a tablet can't do all of the work.  Using probiotics is just one of the ways health can be improved in combination with a healthy diet and lifestyle that includes prebiotic foods (dietary fibre).  I also recommend you consider adding probiotic foods such as Kefir and Sauerkraut. These foods are a healthy and cost effective way to introduce beneficial bacterium.